What a year it’s been! Whilst reflecting on these last 12 months of pandemic and the implications on all our lives, it made me think of an old french proverb – “Après la pluie, le beau temps”, in literal terms it means, “After the rain, the good weather”.

With the vaccination programme now in full swing and COVID cases falling, is it time to finally look to the future? I was going to quote “Every cloud has a silver lining”, but that is a most unsatisfactory translation, as I don’t think the cloud of Covid-19 has any silver linings at all!

A better translation would be, “After the storm comes calm”.

We have certainly had a stormy year. The impact on life, livelihoods and on the economy has been profound. In terms of financial markets, the scale of the shock to equity indices was on a scale not seen since the global financial crisis over a decade ago.

Whilst both of these ‘market events’ were triggered by different stimuli, what they had in common was fear and panic over the impact on the world’s financial health. It would be interesting to look at what happened to markets then – and now.

The global financial crisis a decade past

Looking firstly at the global financial crisis. Below is a chart of the FTSE-100 index covering 15 months from the start of the months-long-sell-off in UK shares from the end of May 2008.

You can see that the market fell by around 40%, although had recovered roughly half of this by September 2009. 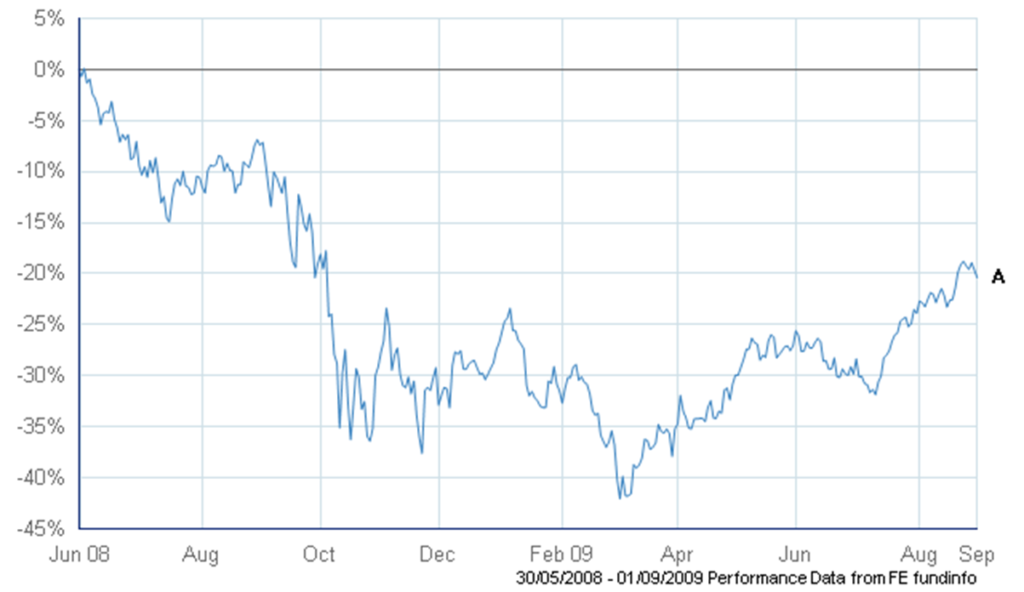 Now fast forward to the beginning of last year, just before the impact of the pandemic began to be felt by the markets. We can look at what has happened to the FTSE-100 over a similar 15-month period to that above, and perhaps draw some comparisons to the experience of 2008. 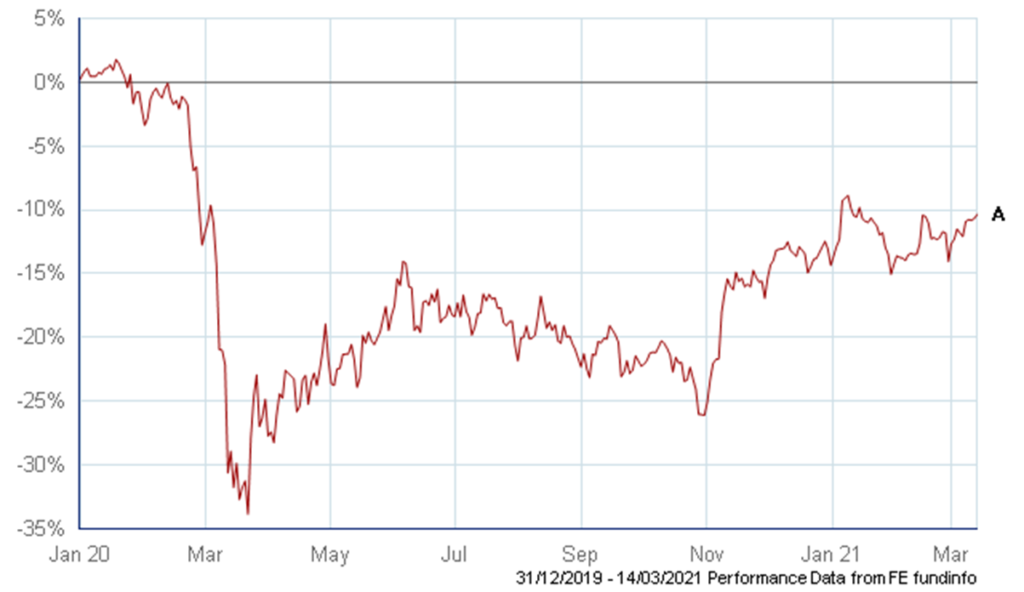 In a similar fashion to 2008, markets fell, albeit much more sharply this time.

They fell by almost 35% in a matter of weeks, rather than the months-long decline of 2008.

Markets, however – as is often the case when the sell-off itself is sharp, recovery is much sharper too. The FTSE-100 has recovered most of its losses, being only around 10% lower than it was at the beginning of 2020.

If we go to the history books again and refer back to that first 2008/2009 graph, we can extend it another few months to April 2010. By then – within 2 years of the worst of the sell-off, the FTSE-100 had recovered to pre-crisis levels.

What parallels can we draw going forward?

If we get out our chart-based crystal ball, none for certain is of course the mandatory answer. Past performance of markets, be they in crises or reacting to major world events, is no guarantee that history will repeat itself; what it can do however is reassure us that, whether we look at…

…markets in each of those first 7 occasions recovered from set-backs, and pushed on.

It may have taken a few months – or a few years – but they did push on. The evidence so far is that they are following a similar pattern with Covid-19.

In fact, whilst for this article, I have been concentrating on the impact on our own FTSE-100 index, other world markets such as the US have recovered better and are even now touching new highs thanks to the perceived economic boost of President Biden’s planned infrastructure spend. We’ll compare global markets to ours in a future article.

Reasons to be optimistic

Time for a closing proverb; translations on a postcard, please! I could say dust off your Harrap’s dictionary, but the answer is only a couple of clicks these days:

That said – with the roll-out of the vaccination programme, and with governments pulling out unprecedented economic stops to support jobs and businesses, we can be cautiously optimistic.

Written by Malcolm Norris, chair of our Investment Committee here at Legal and Medical Investments.