The Department of Health and Social Care (DHSC) has just published its response to a recent consultation on NHS member pension contributions. This is well-timed with the NHS pension scheme moving from a final salary to a career average revalued earnings (CARE) model, and the McCloud Remedy moving all active members to the 2015 CARE scheme from April this year.

What are the outcomes?

Contribution rates will be based on your actual pensionable pay

There are currently seven contribution tiers with a range of 5% contribution to 14.5% for the highest earners. The tiers will reduce to six, with the highest rate decreasing from 14.5% to 12.5%. This new structure has been designed to “flatten” the contribution model to give the required 9.8% average member contribution and help protect the affordability of the NHS pension scheme for the whole of the NHS workforce. 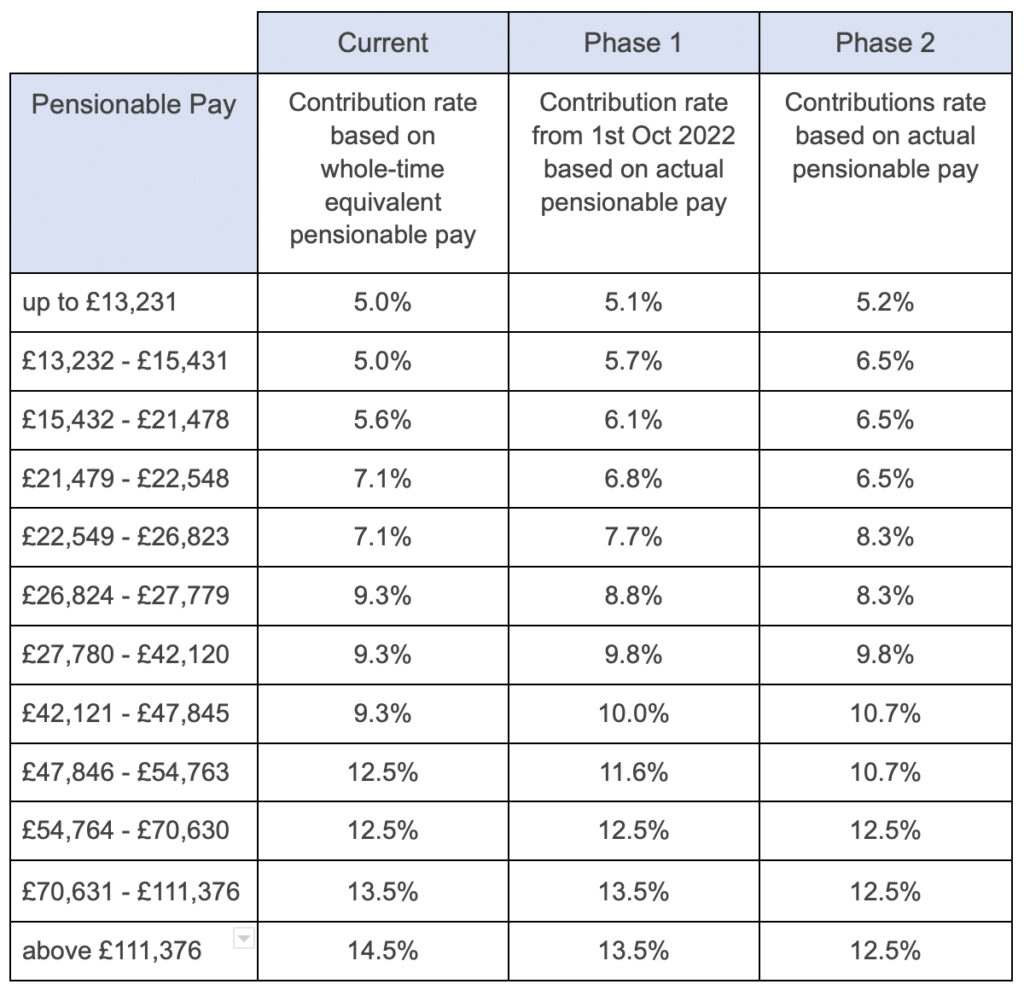 Under the current structure, small salary increases can lead to a net reduction in take-home pay for members if they move up a tier.  The proposal is to increase the banding’s in line with pay awards to prevent this.

When will this happen?

The changes have been delayed until 01 October 2022 to better align them with the timing of the new pay review process for Phase 1, with Phase 2 coming in from 2023

As with anything new, there will be winners and losers, with many feeling a flat rate of 9.8% would be a fairer and simpler method of making contributions. The decision was made with several interested stakeholders, and a wide cross-section of the NHS pension scheme membership. The vast majority agreed with the proposals with the main disagreement coming from competing interests of different parts of the diverse workforce.

Full-time high earners will see their contribution reduced. A Consultant earning £114,003 would pay £85 less a month after tax relief.

Part-time members will see contributions based on actual pensionable pay, not the full-time equivalent. A member working full-time, earning £31,524 would pay an additional £19 a month after tax relief. The same member working 60% of full-time hours would pay £32 a month less.

It is unclear whether sessional GPs will benefit as their contributions are based on “annualised pay” rather than actual pay.

Bank staff have contributions based on an estimate of annual income, not actual pensionable pay.

The Business Services Authority, as the administrator of the NHS pension scheme, will write to all members informing them of the changes in advance of 01 October 2022.

If we hear of any further developments, we will let you know so keep checking back in with us between now and October.

How do you feel about the new NHS pension contributions?  Let us know by leaving a comment below.

This article is not specific advice. We would always suggest that you get specialist advice in this area.